Looking Back Some More

Mind you, not everything went well in 2019. Gardening can sometimes seem like lurching from one disaster to the next: the squirrels eat all the Basil plants you put out yesterday... raccoons dig up and bite apart the 10 large Peonies you planted in a carefully colour-shaded row, leaving you a mixed-up pile of much smaller plants... the puppy romps through the clump of Ladyslippers that is finally blooming... you plant a group of rare dwarf shrubs and it doesn't rain for 8 weeks... you know, the usual stuff that happens in a garden.

Then, there are the gardening mysteries. Two of them in my garden stand out for 2019.

Early in the year I bought a beguiling little plant of Leadplant, Amorpha canescens.  A prairie plant, it has lovely soft grey-green leaves composed of many tiny oval leaflets arranged in a ladder formation, sort of like one of the Jacob's-ladders or a tiny Sumach. Mid-summer it has spikes of soft blue-violet flowers. I saw it growing at Beaux Arbres, where it made small shrubs at the ends of several of the garden beds. Naturally I had to have one, in spite of the fact that I most certainly don't have a prairie.

I planted it, but in the general rush of things, didn't pay it a lot of attention. It didn't have a label, gardening disasters happening in other people's gardens as well, and I was in too much of  a hurry to go and get one.

Come July I was kind of wondering where it was. I looked around for it, no longer quite sure of what it was supposed to look like, and with no clue as to where I might have planted it. I thought I'd run into when weeding, but I didn't. A few weeks later, well into August, I was dumping some weeds on a compost pile far at the back of my Sand Hill garden, and used the garden fork to tidy the pile a bit, and what did I find when I turned over a big forkful of old raspberry canes? Yes, one Leadplant, growing nicely although somewhat contorted due to having had to stick its head up through the prickly canes. What I'd like to know is, how did it get there, given that I had not used that compost pile all summer?

I re-planted it, and this time I make a good mental note of where, and checked on it regularly. Last I saw, before the snow came, it was growing just fine and beginning to recover from its right-angled posture.

The second garden mystery hasn't had such a good ending, at least not yet. Back in September of 2018, I was given a plant of New England Aster, 'September Ruby'. It was incredibly root-bound, and had only one bud, which never opened, but it was a variety I didn't have and I wanted it. I would have purchased it, but the nursery owner kindly gave it to me. I took it home, carefully teased the roots free (as much as I could, anyway), and planted it near a couple of other colour forms of New England Aster. I figured I could keep an eye on it there, and also the colours might be interesting together. 'September Ruby' ought to be darker and redder than the type, if the name is anything to go by. The plant stayed green and appeared healthy into the fall.

In 2019, not a sign of a darker, redder, form anywhere. Now, did it not bloom and the plant is still there? Did it bloom but in the same colour as the other ones? Did I pull it out thinking it was a weed? Should I have checked all the other compost piles? I couldn't believe it, and for days I'd go out there and check every Aster in the garden to see if any had darker flowers than the rest.

I know my garden is rather wild and rather out of control and rather weedy.... but really? Two mysteries in one summer? 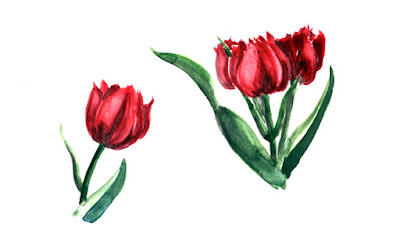 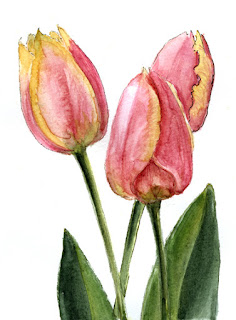 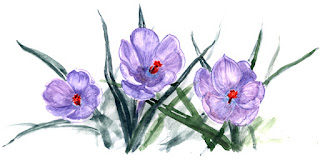