Winter Walk in the Shaw Woods

Now that Winter is back, I'd like to tell you about a little snowshoeing excursion I went on last week. Funny how our minds work. Several warm days with the snow melting and all I could think about was Spring, then a good snowfall and a couple of cold nights and I'm back in Winter mode. Anyway, I went along on a short snowshoeing tour of the Shaw Woods.

The tour was a preliminary to a workshop on trail-making. I won't go into the specifics of the trail designing exercise, except to say that it is a protocol to help a group of people with diverse interests reach consensus on some of the aspects of a nature trail. It's a new and proprietary protocol developed by, among others, the Friends of Bonnechere Parks. It is called Footprints in Time, or FIT which is a wonderful name given their goals of encouraging fitness while respecting local history. I have to say the procedure seemed to work very well. At the end of the morning's work, we had a pretty good starting list of points to be made on the interpretative signage along a future FIT trail in the Shaw Woods.

But back to the snowshoeing. Here's a shot of us heading into the Woods: 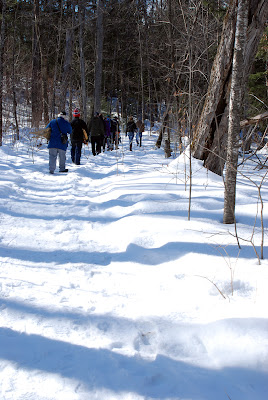 The trail was pretty well packed down at the start, so we carried our snowshoes! I used the opportunity to sneak looks at people's snowshoes and the various bindings they had. My snowshoes are fine, but the bindings leave a lot to be desired. They are attached using rubber straps that just don't stay done up. The straps are too short, for one thing. I saw one system that involved a flat rubber sheet with a keyhole cut out for the boot and two long rubber arms used to tie it to the snowshoe that looked really good. Now all I have to do is find some suitable rubber..... 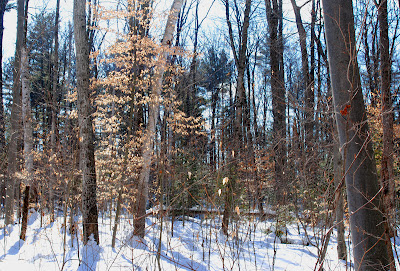 As you can see, it was sunny and warm . I loved the way the sun lit up the understory in the Beech/Hemlock forest. Young American Beech, Fagus grandifolia, hang on to their leaves all winter -  kind of a shabby effect when there are only a few trees, but looks perfectly reasonable in a Beech woods. I wonder why the leaves don't drop. Young Oaks do this too. Does this mean they don't go dormant the same as the more mature trees? Is it that young Beeches, like young Humans, don't want to go to bed? Some of the Beeches in this grove must be quite old as they are a good 2' diameter at the base. Large Eastern Hemlocks, Tsuga canadensis, are interspersed with the Beeches, and you can really see them in the Winter. In the summer, you don't notice them so much. 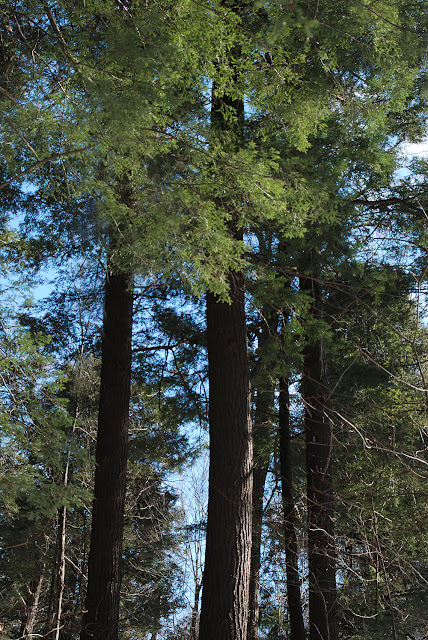 My favourite spot is the Hemlock grove. Hemlocks tower over the trail here. Stop, close your eyes, listen to the wind,  feel the cool moist air on your face. With a little imagination you are in a dense coniferous forest, a forest of 'hushed coniferous giants'.

It works best on misty days, but you can practice.

My Hemlock Grove at home consists of one tree 10' tall and one seedling about 2' tall. There are 4 or 5 fairly large trees on my neighbour's side of the fence, but they don't look that healthy. The beaver pond must flood them most years. At least my two are higher up and safe from that. But they have a long way to go before they are a Grove! 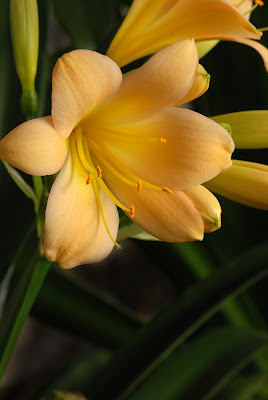 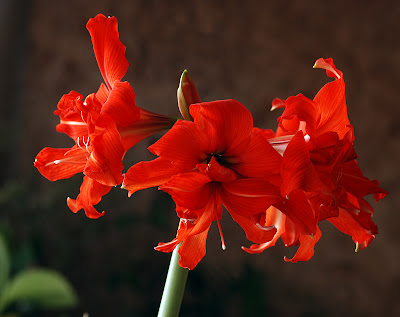 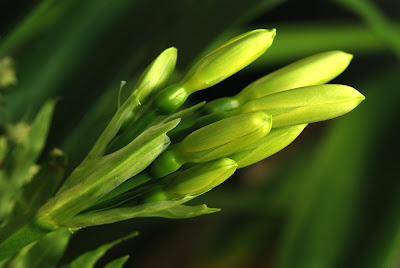 It may finally be cold and snowy outside, but it's warm and colourful inside!
Posted by Lis at 5:43 PM 2 comments: