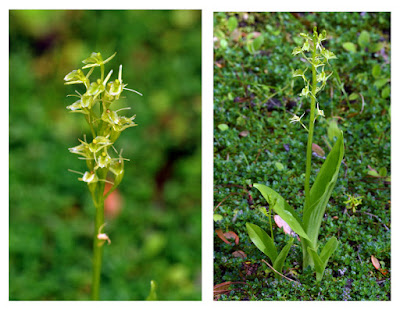 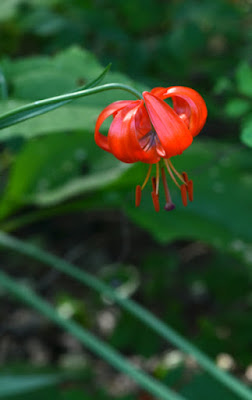 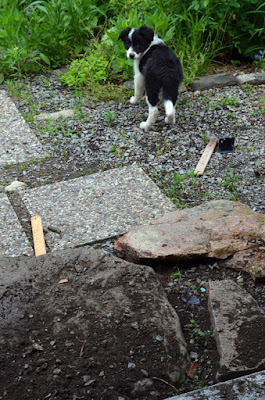 Yes, I am delighted to announce that Elphin Rosie, the world's smartest, cutest, most lovable puppy is home!

She arrived on Monday and has already, in her perfect puppy way, changed life for myself and Pepper, my faithful cat and longest-standing employee.

Her she is sitting and looking bemused by this new and rather wet world: 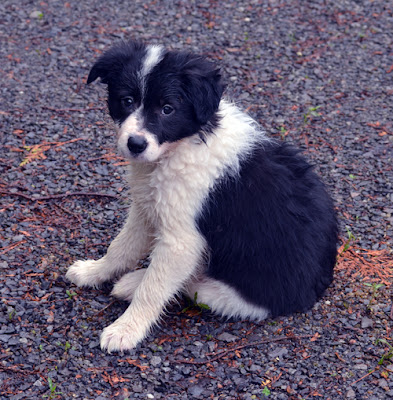 In true Border Collie fashion, she soon set out to explore. Notice that she already has 'the stare' down pat. All she needs is some sheep. 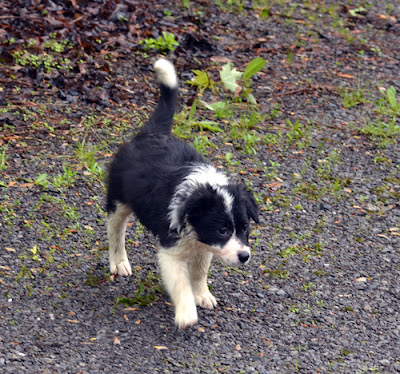 Or maybe this juniper can be induced to go somewhere: 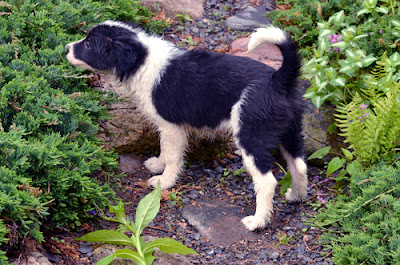 Today it was sunny and we did some gardening. Rosie helped by dragging the trowel about 100' down the driveway and then going off with my phone (no, Rosie, bad girl...). We had a lovely time but got pretty tired: 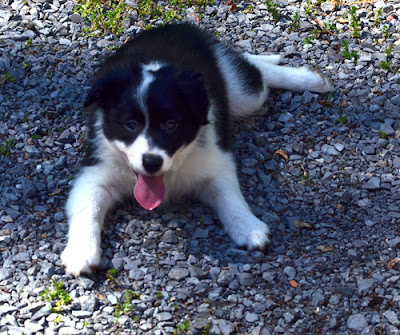 So now we're back inside, I'm typing and she's curled up under my chair sound asleep. Just for a few minutes my toes aren't getting nipped and nobody's barking at the mosquito that's buzzing around. Life is good.