Or on to your best patch of Trailing Arbutus.

I happen to have three nice patches of Trailing Arbutus, Epigea repens, one of which is right beside one of my trails and is much larger and lusher than the others. Of course the dead Spruce fell right on it. It happened a few weeks ago in one of our wind storms. I inspected the situation, tsk'ed and walked around it.

So today I asked myself, 'self, what would you like to do with this fine cold windy afternoon' and the answer was, 'get that d... spruce off the Trailing Arbutus'. Right. I got out my old shabby green coat, which is warm and can't get any worse no matter what I do to it, my work gloves, my old saw and my trusty axe. I grabbed the biggest and reddest apple out of the fruit bowl, and set off for the woods. There were a few other things to clear along the way: a dead Balsam Fir top blown across the path, a large Cedar bough standing straight up as though it was a tree, and some Maple branches right at hair-snagging height. Once I got to the Arbutus patch I got right at it and hacked all the branches off the Spruce and moved them on to an existing brush pile. That left a long bare log lying on the ground, clear to view. A rather daunting view, given that it was about 15" across at the base, and me with no power saw. I'm scared of those things so I don't have one.Besides, it would be one more thing to store and maintain and anyway I hate power tools.

For no real reason, I jumped on the log near the top end. To my amazement, there was a loud cracking noise, and the log broke into three pieces! I was able to drag all three to the brush pile!

Then I stood quietly under the Maples nearby and enjoyed the yellow leaves planing down around me, mixed with some fat white snowflakes that were starting and finished my apple. 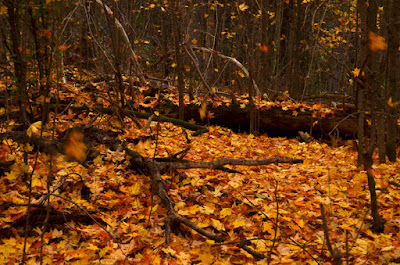 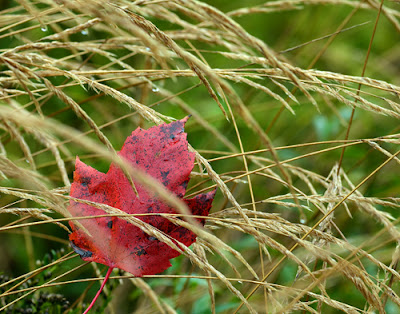 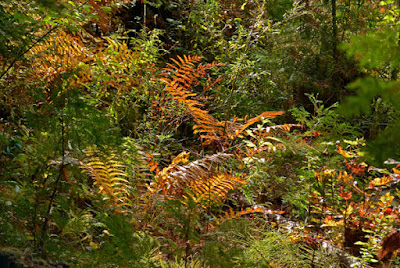 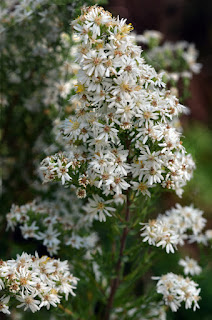 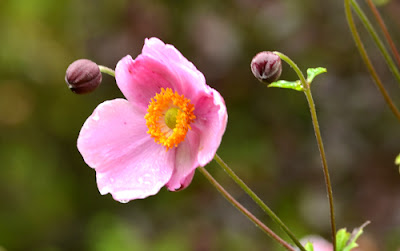 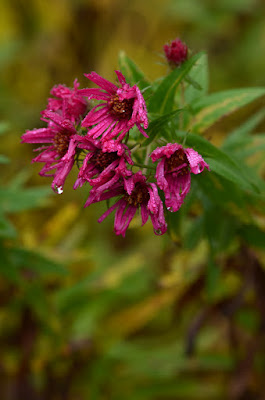 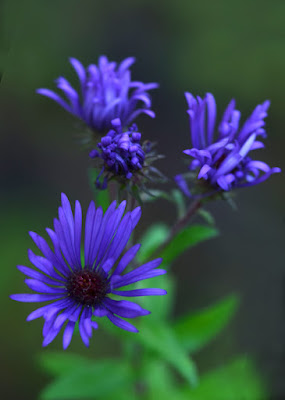