Kip and I went for our traditional too-early-to-go-into-the-woods spring walk this morning.

The snow was of course frozen solid in some places and thawed just enough to let me crash through in others. I ended up with my boots filled with snow, sore knees and a certain shortness of breath, but felt refreshed, Faithful Pooch had a fine time laughing at me, and I now know that about 6 large trees have fallen across my (former) trail and will have to be dealt with.

The beavers seem to have had a pretty good winter. Most years they can't get out and run out of food in January, with predictable unpleasant results, but this year they have kept the water open near where the spring flows into the marsh and they have been able to come out and replenish their food supplies. Minus 25C and they were out there plowing through three feet of snow dragging saplings home for lunch. Last summer I saw that they had been doing some digging in that area and wondered why, but now I know. Pretty smart. Unfortunately, now there will be dozens of beavers this summer and no tree with pale bark will be safe.

Puddles are irresistible. Even to old ladies. I will be buying new rubber boots.

Next winter, I really must solve the winter compost problem. It's all very well to decide to use the temporary compost pile behind the Studio, depositing  bags of compost there during the winter and moving them in the spring, but sooner or later the snow will be too deep and you won't be able to get close to the pile and you will just hurl the bags of compost towards the pile and you can imagine how nice this looks when the snow begins to melt.

You should cut some Forsythia branches today.  Put them in a pail of water in a warm room, and you will have Forsythia flowers for Easter. Get the clippers and go do it. Now.

I stopped feeding the birds two summers ago because a bear kept coming to the feeders, smashing them and scaring me by growling when I went by in the dark. I felt guilty about it, but it did save money and I hoped it would cut down on the squirrel population. This spring I started feeding again because it was so cold and all the posts about birds on Facebook guilted me into it, but this morning as I went to fill up the feeder I saw six small brown squirrels and one huge black one. Obviously not feeding the birds hasn't had much effect on the squirrel population. I only hope it has had an effect on the bear population. 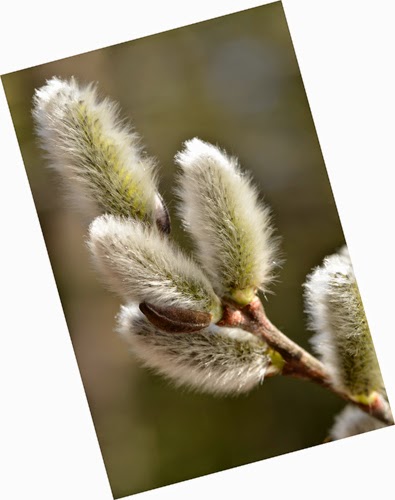 There are no Cleome seeds this years. I've personally checked every seed rack in my travel area, and nada. This is entirely because I threw out the dregs of the packages I had in the crisper, thinking they were too old now and probably wouldn't germinate. It just won't be same without them. Cleomes are prickly and sticky and smell terrible, but you have to have them in the sunny border because they are prickly, sticky and smell terrible.

If you've been nursing tomato seedlings for the last 6 weeks, which are now 4' long, have an average of 3 leaves each and are starting to bloom, throw them out. The time to start tomatoes is next week.


There don't seem to be any Pussy Willows yet, either. I even checked the bush at the edge of the marsh that usually has the first ones and there weren't any. I do have an official Pussy Willow Bush, some species of Salix that is supposed to stay short and have pretty silver catkins in the spring, but it is doing exactly that, staying short, and of course is is under the snow.

Oh well, go in, put on dry socks, make a nice pot of hot soup for supper.... so glad I don't have to eat saplings. Pussy Willows will come, they will, they will.