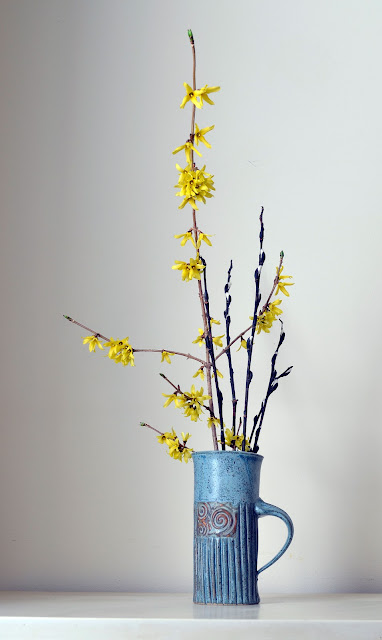 Forsythias are great in shrub borders, by the way. A brief burst of glory in early Spring, then a quiet green presence for the rest of the summer. It really ought to come back into fashion!
Posted by Lis at 9:39 AM