There are 187 different ways of not having Morning Glories. Actually, there may be more, but I've only been gardening for about 50 years.

The first and most effective way is to forget to buy the seeds early in March. If you don't get them then, they will be gone from the stores and you will waste an afternoon driving around looking for some, after which you will try to order them online and will discover that the cost of having them mailed to you is about equal to the mortgage on the entire property.

Almost as effective is to forget to plant the seeds once you have them. This method takes care of all years divisible by two.

Let's say you get the seeds and you do remember to plant them. Don't worry, you can still leave them in a hot window, forget to water them, cover them with too much soil, not cover them with enough soil, overwater them,  break the emerging shoots off by poking around in the pot to see if they have germinated yet, accidentally yank them out of the pot because they've grown into the curtain and you want to move the pots around to give the poor tomatoes a chance at the sunlight on the windowsill, knock them over when you try to shoo the cat out of the windowsill..... and so on. You'll be able to think of other ways for yourself.

Should you get them into the actual ground, it is probably the wrong time to do it and a late frost will get them. They come from Mexico (I think) so they don't deal well with arctic temperatures. 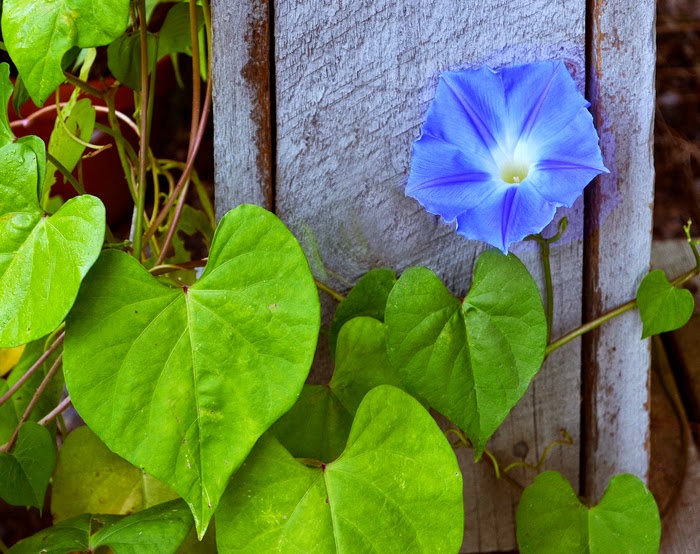 And you will remember why they are called Morning Glories.