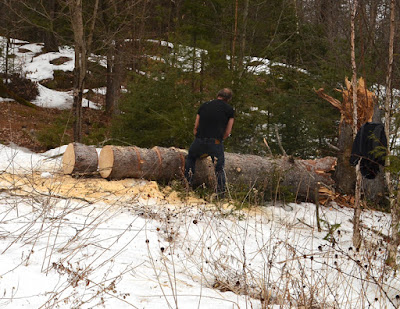 That black blob that looks like a huge mitten is his jacket! (You can see the spruce's stump behind it.) He and his helper worked in the rain and got quite hot. They cut up the tree and moved the chunks into the woods where they can quietly rot and become compost... more change.
Posted by Lis at 5:04 PM