In more ways than one.

This morning I noticed a fairly large dark brown blob on one of the Birch sticks that I've had leaning up against the Studio wall lately. Don't ask me why I have sticks leaning up against the wall, I just do.They're on one side of the door, there's a Welcome sign on the other side. Seems sort of right, somehow. At one point, I had sticks there that were painted blue, yellow, green... now I have Birch sticks.

Looking more closely, I saw that the blob was a slime mold! Chocolate Tube Slime, Stemonitis splendens, to be precise.

Slime molds are totally weird. They are animal-like in that they move and feed. A slime mold plasmodium, the body of the critter, can move several metres. But they are also fungus-like in that they propagate themselves by producing spores. The spores are produced in or on fruiting bodies, which come in four types. One type is called a sporangium and that is what this one has.

Chocolate Tube Slime starts as a blob of pearly white spheres, then they elongate to become tubes, and turn dark chocolate brown. Each tube is held up off the substrate by a thin black foot. Here's a sketch of just a few sporangia: 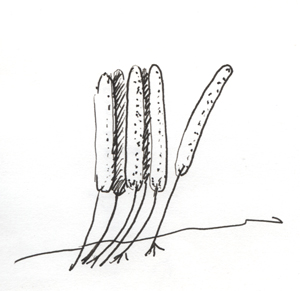 The growth I was looking at had thousands. Here's what they looked like overall on the stick: 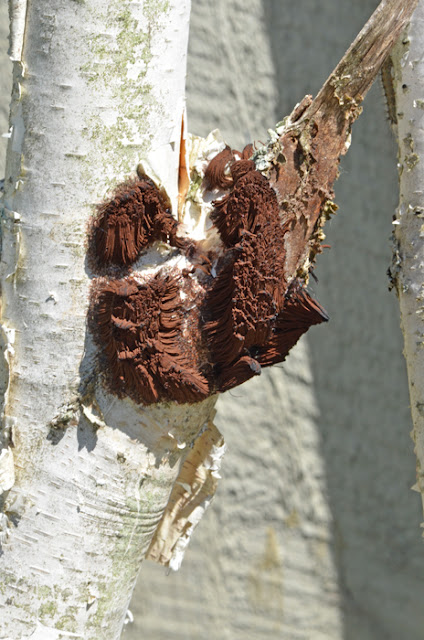 Getting closer you can see the individual sporangia more clearly: 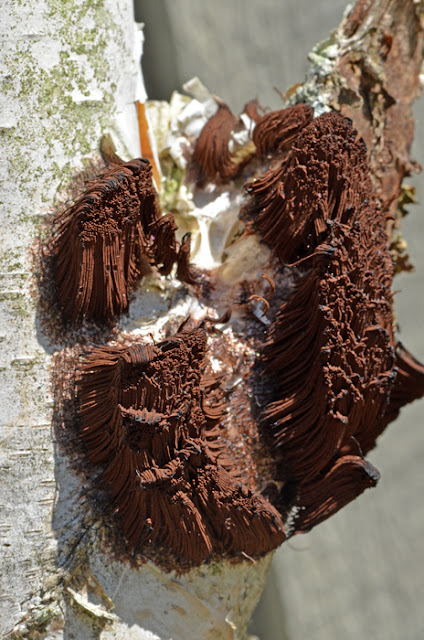 Getting really close, you can see the feet and the tops of the sporangia. You can even see some remnants of the white spheres, now just tiny drops of liquid. 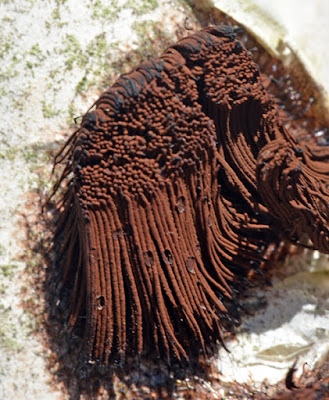 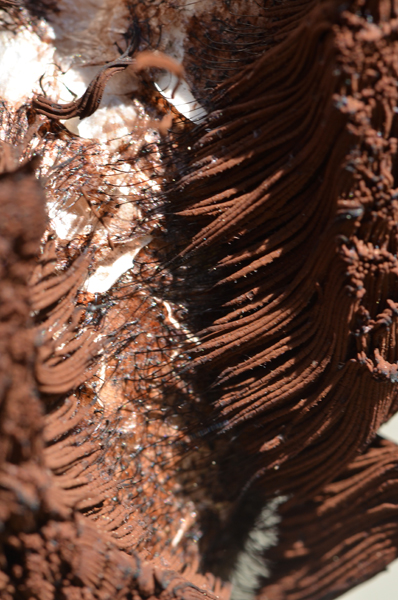 None of these pictures are very good, I know, but these things are all of 2cm. long.